Indian Journal of Economics and Development

Indian Journal of Economics and Development

How to cite this paper

Study of the importance of Indian tourism on economic development o...

Objectives: This work assesses the effectiveness of various internal as well as external benchmarking systems with re...

An assessment of developmental potential of remittances inflow in I...

Background: Recently India has been receiving the highest amount of workers’ remittances which accounts nearly ...

Impact of firewood consumption on forest degradation-a study based ...

Objectives: To assess the impact of firewood consumption in the tribal households of Northeast India on forest degrad...

Objectives: Study the industrial development, its obstacles and CSR practices of the Industries in pre-divided Korapu...

Objective: The paper attempts to unravel the household bargaining power and autonomy in marital practices among young...

Comparative economics of cucumber cultivation under polyhouses and ...

Background/Objectives: In the present paper an attempt has been made to study the comparative economics of cucumber c... 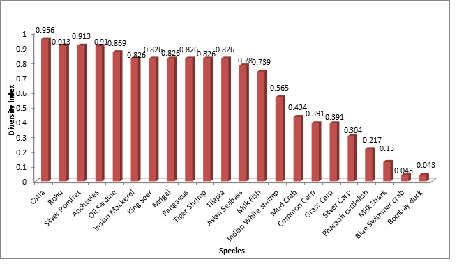 Species Diversity across Fish Markets in Andhra Pradesh and Telengana

Objectives: To assess the species and market diversity across the major fish markets of Andhra Pradesh and Telengana ...

Political and electoral violence in Nigeria: a case of 2015 general...

Objective: This paper is focused towards establishing the causes of electoral violence in Nigeria’s democracy, ...

Background/Objectives: Since the concepts of social and economic development of a nation/region/state is crucial for ...